Celebrity Tattoos. A Cultural History of the Modern Tattoo Community

We do All styles of Custom Tattoos.

Tattoos are a badass instrument of self-expression.

Getting Tatttooed is about reclaiming your body, and designing your own identity, just the way you want to.

If you're confused as to what to get tattooed, let these celebrities inspire you with their coolest ink and the stories behind them.

She loves her fans.

It seems like our fave celebs are getting inked up every chance they get.

Tattoos have begun to appeal to people from every walk of life...tattoo parlors are experiencing a growth trend due to three major changes in the tattoo industry: a greater number of tattoo ink colors, the fact that fine artists are entering the field and the proliferation of celebrity tattoos...because many famous, high profile people in music and sports have tattoos, they have become more socially acceptable.

We bury our sins, we wash them clean.

Since the 1980s, tattooing has emerged anew in the USA as a widely appealing cultural, artistic and social form. Elite Tattooists, magazine editors and leaders of tattoo organizations have downplayed the working-class roots of tattooing in order to make it more palatable for middle-class consumption. Now a completely new set of meanings derived primarily from non-Western cultures has been created to give tattoos an exotic, primitive flavour.

Your local tattooed goddess just got a teeny tiny Tattoo on her ankle, "pussy" 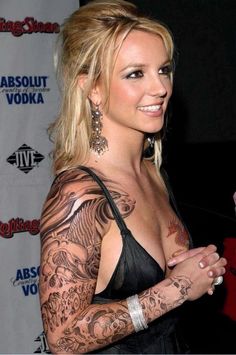 Celebrities love to show off their tattoos, and it's the perfect way for us to get inspiration for our next inking. Rihanna has once said,

“I like hanging out in tattoo shops." “I am so intrigued by tattoos. It’s an entire culture, and I study it."

Part of being a celebrity is having every detail of your life opened up to the attention of the public. With the rise in popularity of body art, and the lessening of the stigmatic perception of things like tattoos and piercings, those who enjoy celebrity watching now scrutinize every little inking and puncture of their favorite stars. The first Western celebrities to make tattoos fashionable were the British upper class in the late 1800s. Family crests and other small signets were popular on forearms.

Did you realize that some of your favorite stars have a tattoo or two — or more? Celebrities like Miley Cyrus and Angelina Jolie have many tattoos, ranging from small designs to sleeves or full backs. Some stars choose tattoos dedicated to their spouses or children, while others opt for personally meaningful designs or more artistic selections. 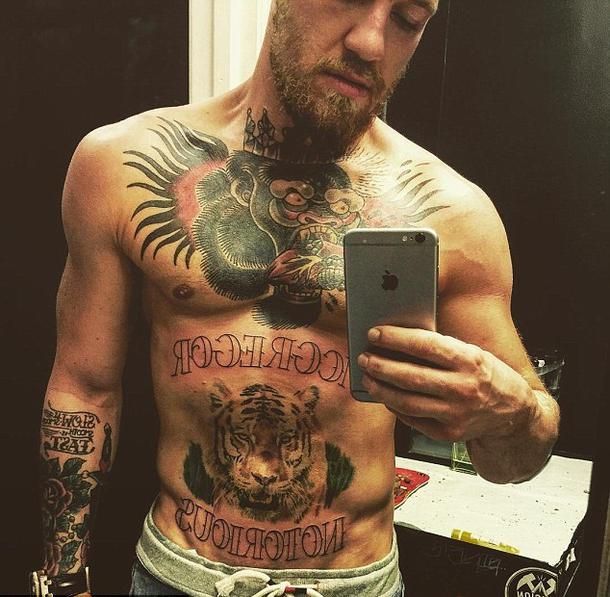 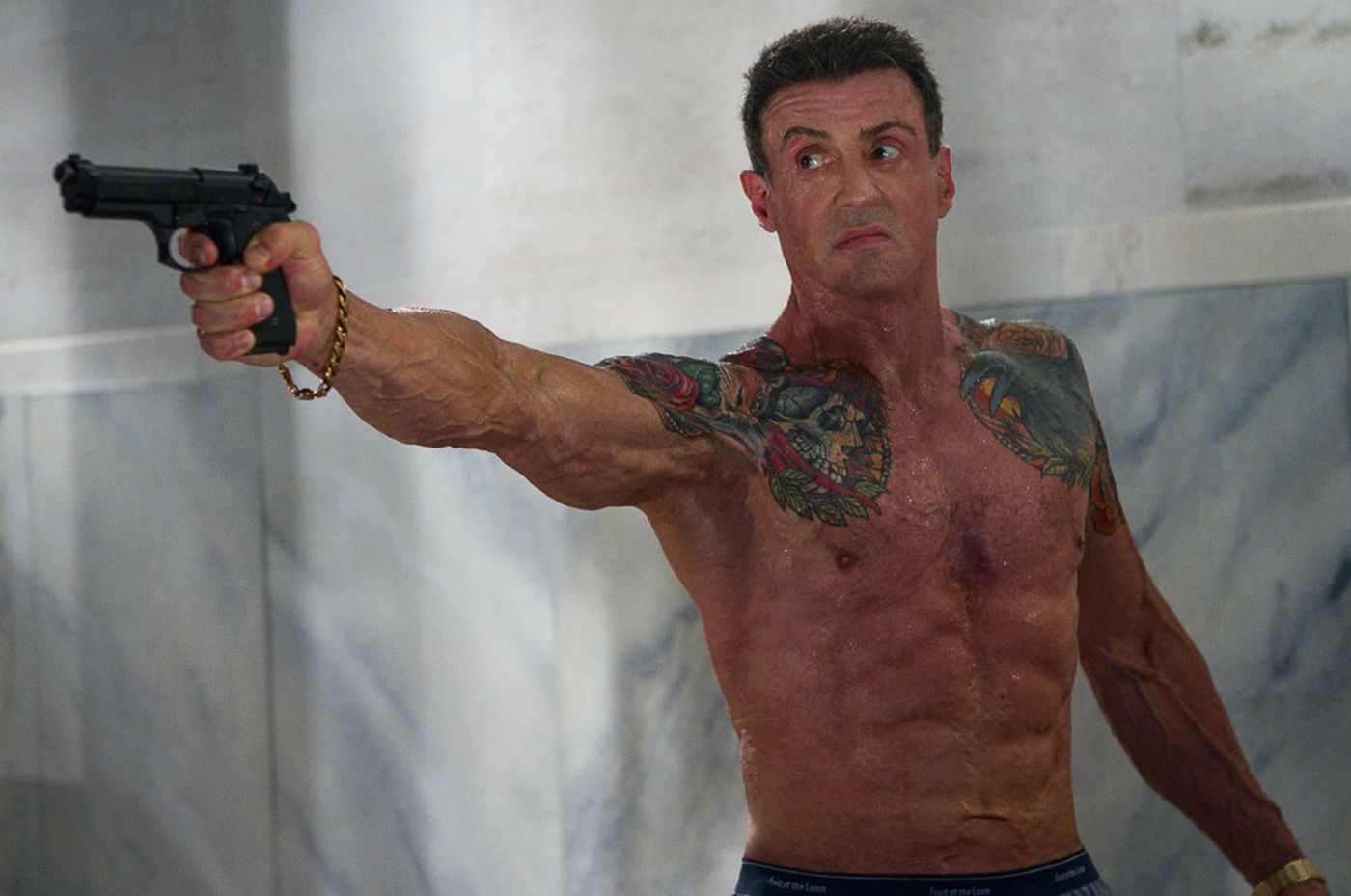 all on the left side of her body. One of her tattoos, is her own nickname, Mother monster. What more can I say 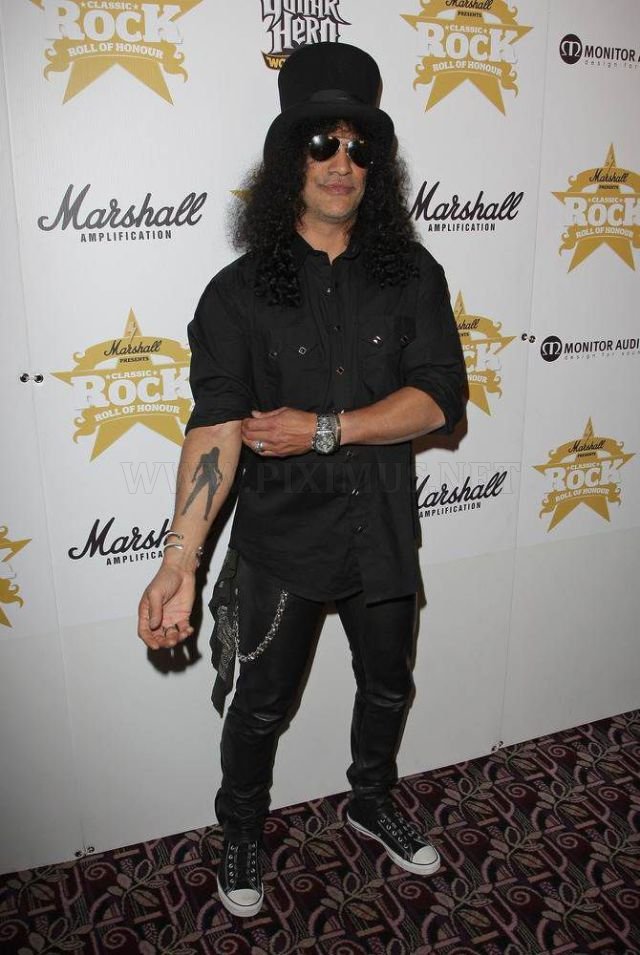 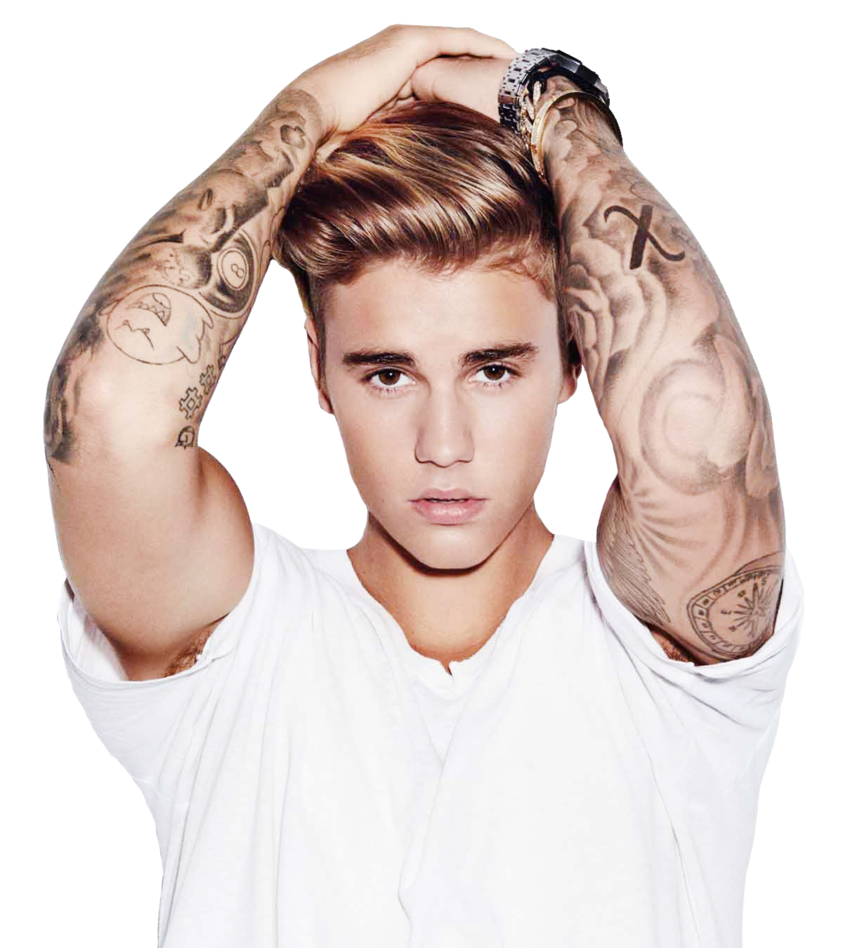 What is often considered a tattoo Renaissance began in the 1960s, with Western artist Sailor Jack corresponding with Japanese tattooists, and soon-to-be-tattooist Ed Hardy getting a fine art degree. As surely as the ideas of art and tattoo finally fused, so did tattoo and celebrity. Lyle Tuttle tattooed Janis Joplin. In the 1980s Mike Messina inked flowers on Cher’s cheeks. In 2004 Louis Malloy flew from the UK to give David Beckham a new winged cross tattoo on the back of his neck right in the midst of the soccer game

More often, athletes get to have more freedom with their images than actors, and you will find more body art in those realms of celebrity than with actors. Having to transform into a different character each time can be limiting when you have definitive body art yourself. Most often actors have temporary body art, wearing theatrical tattoos for specific characters. However you will find the occasional actor who marches to the beat of their own tune and doesn't mind having their tattoos painted out for various character roles. Angelina Jolie is probably the most tattooed Academy Award winning actress to date. She has tribal dragons, a Thai tiger, and various Latin sayings across her shoulders and arms. Actor Johnny Depp ranks as heavily tattooed for his caliber of talent and breadth of acting work. His tattooed arms are as often painted to be blank flesh as left with their own tattoos showing and incorporated into the character.

Angeline Jolie’s back Tattoo-How sexy is that

Rock bands have long embraced the Tattoo, with the Red Hot Chili Peppers, Rose Tattoo and Biohazard being examples where all members have a well-developed collection of tattoos. Performer Henry Rollins began his tattoo collection while the lead singer of Black Flag, and continues to carry it with him in his careers as spoken-word artist, actor and writer/publisher. Recently there were mentions in the press that representatives for Eminem were wishing the rapper/actor would stop adding to his tattoo collection so that he wouldn’t become less marketable in consideration of acting roles. Many of Eminem's tattoos are fineline blackwork, a personal combination of images in a coverage style that is typical and popular today in the rap world.

Does that skeletal face look familiar? look close,,, It's Pink! The pop singer's husband, motocross star Carey Hart, had this 'Day of the Dead-style' tattoo of his sweetie inked on his leg and then posted the results on Twitter. Seems like a vote of confidence for the couple, who separated in 2008 after two years of marriage but patched things up earlier this year.

Rebel sports celebrities tend to sport more ink than the true mainstream superstars. You can be big in sports and be tattooed, but trends indicate that the really big endorsements go to the guys with a broader, clean-cut image. Dennis Rodman broke through ink on the basketball courts, and the Rock wears his Samoan family heritage on his arm in the wrestling ring. During football season, watch for team logos and mascots along with fraternity brands on the players arms.

Sports Illustrated noted: "Tattoos have become the sport's world's most flaunted form of self-expression. Ten years ago, only boxers or wrestlers had visible tattoos; today, they are everywhere, in every sport."

Spartan's Body Etchings a Sign of the Hip Hoops Times"

In 1997, when it conducted a preseason survey of all 29 NBA teams, the Associated Press reported that 35.1% of all NBA players had tattoos. Professional sports observers estimate that similar percentages of America's national league football, hockey and baseball players also have tattoos. Aside from raising the visibility of tattoos, these legions of sports figures , who also constitute one of the country's largest groups of millionaires , have had a major impact on the nature of the tattoo business. Much like millionaire rock singers, movie stars and fashion models, they have created a new market for high-end custom tattoo art studios geared to an affluent and demanding clientele that only patronizes vendors who provide high standards of service in clean, respectable surroundings.

"Coming to a Bicep Near You: Tattoo Advertising Can Be Next in the NBA"

Only The Strong Survive Tattoo

Tattoo Artists the world over thank her for

As the post-modern vampire slayer BLADE, Wesley Snipes has tribal blackwork on his arms, chest and back, as well as the sides of his head and the back of his nect. The Daywalker's tattoos echo the curving, barbed silver weapons that he uses to dispatch his quarry. Pamela Anderson had her arm tattooed for real with a barbed wire armband for her role in the movie BARBWIRE. Following her split from husband Tommy Lee, she had the "Tommy" tattoo on her finger edited to read "Mommy" in reference to her two sons. She also has a tribal piece on the small of her back and a tattoo on her ankle.

The tattoo-related arts are studied and celebrated by leading museums, galleries and art institutions across the country.

hers are fake  –  please, hers are so fake

Is that hilarious or what

Margaret Cho's got a gun!
The comedienne, definitely gets points for creativity with her latest tattoo, an old fashioned garter and gun on her left thigh. 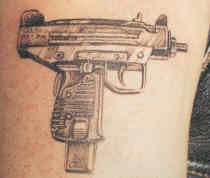 Only god can judge me

We do ALL Tattoo styles, NOT JUST Tribal & Celtic

You will be Hooked on our Tattoos!

Get in line for a Tattoo by Captain Bret

LINKS to Tattoos by Captain Bret

A Cultural History of the Modern Tattoo Community

Pictures of Tattoo Shop & All our Tattoo Designs

All Tattoos By  Artist Captain Bret A. Lohnes ©1981

All designs and images/content/compilation herein are Copyright 1981.  Trade Mark-Service Mark protections exist. Said Copyright, Copyrights, Service Marks, Trade Marks may be filed, owned, by all, some, or individually by the following,  Bret A. Lohnes, Captain Bret's Tattoo Shop Inc. and www.tribal-celtic-tattoo.com
copyright 1981